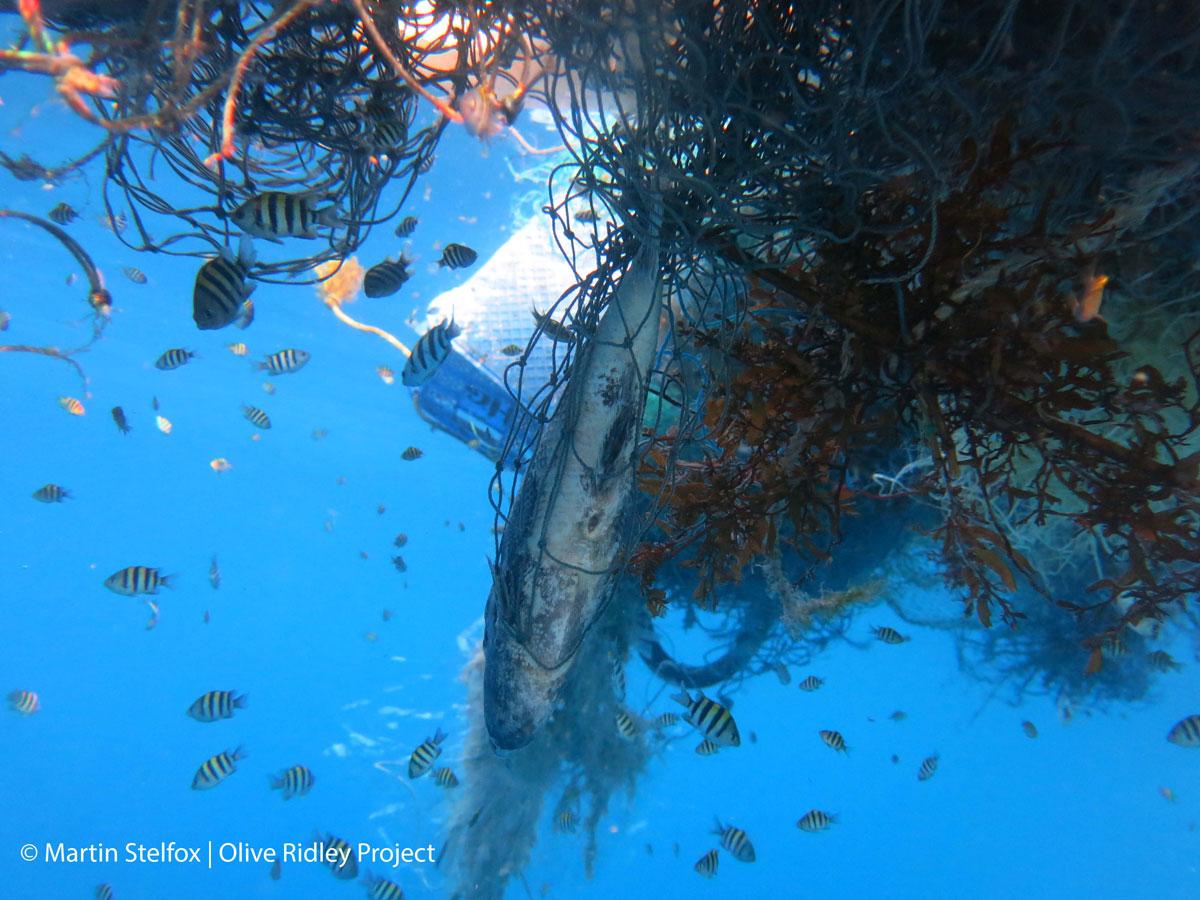 What are ghost nets?

You may have heard the term ghost nets and wondered what it means. Ghost nets are fishing nets that have either been lost or discarded in the ocean. They include traditional fishing nets, gill nets, and lobster and crab pots. These nets, primarily made of plastic material, are left drifting in the water where they become tangled on reefs or entrap marine life in the open water.

There are many types of marine life that are affected by this type of floating marine debris. Dolphins, sharks, sea turtles, dugongs, seabirds, fish, crocodiles, crabs, and other creatures can become entangled in the nets. They even pose a threat to human divers. The danger lies in the fact that they are hard to see and, by design, nets are built to trap objects and animals.

What is the impact of ghost nets on the environment?

These lost and discarded nets have a large impact on the marine environment. It has been estimated that 46% of the Great Pacific Garbage Patch is actually made up of ghost nets and other fishing related plastics. It has also been estimated that discarded fishing gear accounts for 10% of all floating marine litter. The US Fishing for Energy Initiative reported that they have collected 2.8 million pounds of this type of marine debris since 2008. The nets and other fishing gear cause starvation, lacerations, and suffocation in all types of marine creatures.

How did all of this fishing debris end up in the ocean?

Most ghost nets end up in the ocean through commercial fishing. Nets can be lost in the water from accidents like being cut free by a boat propeller or by not being properly secured to marker buoys. Environmental factors also play a role with nets being snagged on rocks or reefs. When this happens, fishermen cut the net loose, many times unaware of the impact it may have on the environment for years to come. Illegal fishing is another factor that contributes to the ghost net problem. When an illegal fishing operation is in danger of being caught, they will often time cut their nets loose or throw them overboard in an effort to escape.

What can be done to stop ghost nets and other discarded fishing gear?

There are a few things you can do help solve the ghost net issue. The first and most important thing you can do is talk about the issue and help raise awareness. You can also pick up any discarded nets you may find. Another way to help is to find and donate to groups that are dedicated to ridding the ocean of ghost nets, ghost gear, and plastic pollution. Some examples of these types of organizations are 4Ocean, The Good Net Project, Healthy Seas, and Ghost Diving. You can also assess your own fish consumption and make sure to purchase products from companies that are environmentally responsible.

Ghost nests and ghost fishing gear are a major problem in our oceans but through our actions we can help reduce and eliminate this threat to marine life.